The construction of the Platinum Arena started in March, 2000 and was over in three years — in August, 2003.

The complex was designed and built to meet the city demands for holding large-scale sports events, matches of Russia ice-hockey championship, games of the national volleyball championship, concerts and festivals. 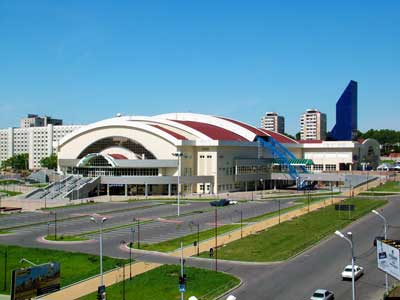 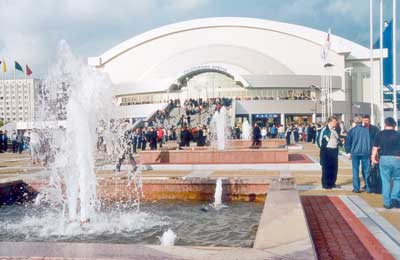 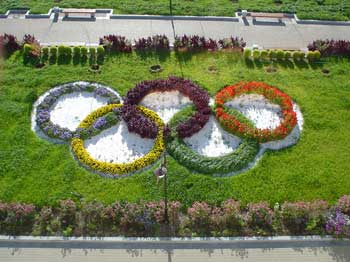 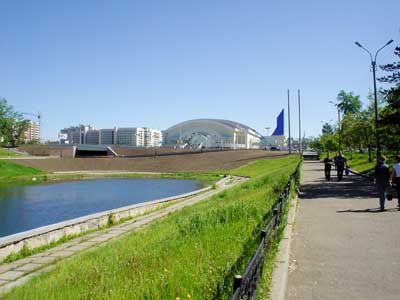 A site of 5.94 hectares chosen for the construction of the Platinum Arena is located in the Central Administrative district of Khabarovsk, at the intersection of two city’s important transport-pedestrian arterial roads. The site is bordered by the city’s green zone with its man-made ponds surrounded by vast parkland. The developed area of 4 hectares around the Platinum Arena includes beautiful fountains, planting of greenery, exterior lighting, and three parking lots for 500 cars.